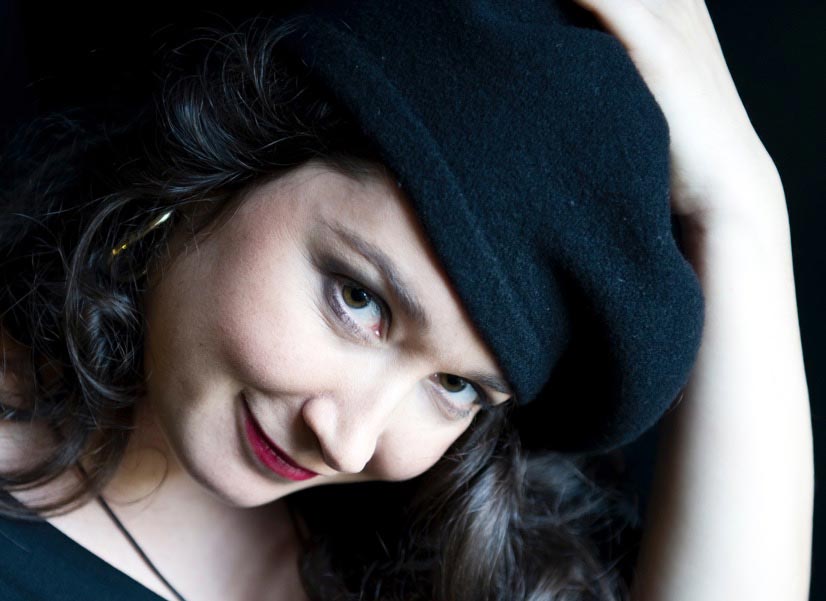 Among the singers on stage, Eva Maria Riedl-Buschan is the star of the show: the young mezzo-soprano shone with her great vocal volume, precise intonation, her warm timbre and amazing stage presence.

Celebrated as a unique soloist, Eva Maria Riedl-Buschan has been singing most of the lyric mezzo roles in the last few years. She sure knows how to captive audiences with her beautiful warm, silky timbre, her distinguished interpretation and her exceptional musicality, which is also praised by conductors and renowned pianists. Directors love her authenticity as she is always thriving for an honest interpretation of a role, and offering outstanding versatility.

Last Season’s outstanding events were Verdi’s „Missa da Requiem“ at the Vienna Musikverein, where she received standing ovations, a highly acclaimed Dorabella at Vienna Volksoper under the baton of Julia Jones, and Rossinis „Petite Messe Solennelle“.
Apart from that, she received great critics for her first Mahler’s 3rd Symphony, Mendelssohn’s „Elijah“, Franz Schmidt’s “Buch mit sieben Siegeln“, Schönberg´s op.8´, as well as for her stunning interpretation of Wagner’s Wesendonck-Lieder.

In October 2016, she celebrated a huge success with a recital at the prestigious „Liszt Festival“, where she filled in on short notice.

Eva Maria Riedl- Buschan was born in Styria, Austria, and finished her degrees in opera studies and Lied/oratorio at Vienna University of Music and Performing Arts with distinction (class of Helena Lazarska and Charles Spencer).
For her exceptional achievements during her vocal studies she was awarded the “Würdigungspreis” (Award of Distinction) of the University of Music and Performing Arts.
She is the winner of the 2005 Hilde Zadek Competition and a scholarship holder of the Feiling Foundation, as well as a finalist of other competitions like Ferruccio Tagliavini (2nd prize).

Her first operatic engagement took her to the Innsbruck Opera in Tyrol, Austria. Its former director, KS Brigitte Fassbaender, became one of her important artistic mentors.
Eva Maria Riedl-Buschan then was under contract to the Vienna Volksoper from 2006 to 2016, as well as a guest singer at other prestigious opera houses and festivals such as the Zurich Opera House.

She received huge international acclaim as she succeeded in the title role of „Ariodante“ („star of the show“), in the German debut performance of Offenbach’s „Robinson Crusoe“ („superb vocalization und uninhibited, expert comic timing“), as well as Dinah in Leonard Bernstein’s „Trouble in Tahiti“ („Eva Maria Riedl-Buschan was a grand Dinah, touchingly fragile, maybe already broken.“)

Eva Maria Riedl- Buschan has worked with renowned conductors, including Adam Fischer, Leopold Hager, Julia Jones, Sir Mark Elder, Andres Orozco-Estrada, as well as brilliant conductors of the new generation like Josep Caballe-Domenech, Alexander Joel, Aleksandar Markovic, Henrik Nanasi, and Sascha Goetzel.
She has sung in concerts and recitals at the Konzerthaus Vienna, and several times at the Vienna Musikverein, the Stefaniensaal in Graz, the Congress in Innsbruck, and in Italy, Switzerland, Spain, Germany, Great Britain, Slovenia, Poland, Turkey, and Israel.